Then, the Royal wen-chen said that to human:
昔于公治獄，大興駟馬之門。

In the older age, when the person Yu in 漢-danisty as

in charge of prisoner, He always be fair and rescued the

innocent  prisoner . As what his behavior , he feel so

honor  to remind . So that when he rebuilt his house door

. He confirmed that himself might have a son of great achievement. So he built his house door opened and

high enough for a giant four-horse carriage to pass through. And guess what,  His son grow to be a vice prisedient of

Do(竇) Sir the person in old five- dansity .His doing

in everthing was so mercy and kindness to the needed. Eventually, he got five sons of great achievement

All to be in charge of the high level of government's

studied in the school. As Son-chou used to rescue a

group of ants in the storm. His soft mind to rescue the

ants, Finally he pass the entrance of government's

exam and got the first honor of golden chanpein

two head and berried it . When he come home, his

mother ask him why worry and not go for hungry.

He said, "I heard that whomever saw the snake with

two head, is gonna to be die. So, I kill the snake and

and would been died again. I would be die soon. Not

going to serve for mother, that's why I am worry.

And he, sun-su-our growing up to be a big man in

the True-Dansity. That is what we called Tender Mercy

,Tender Mind is going to be pray for.

if you would like to do everything good to those in short or in need.

You can count on your original kindness mind , and do it! 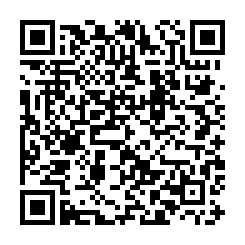